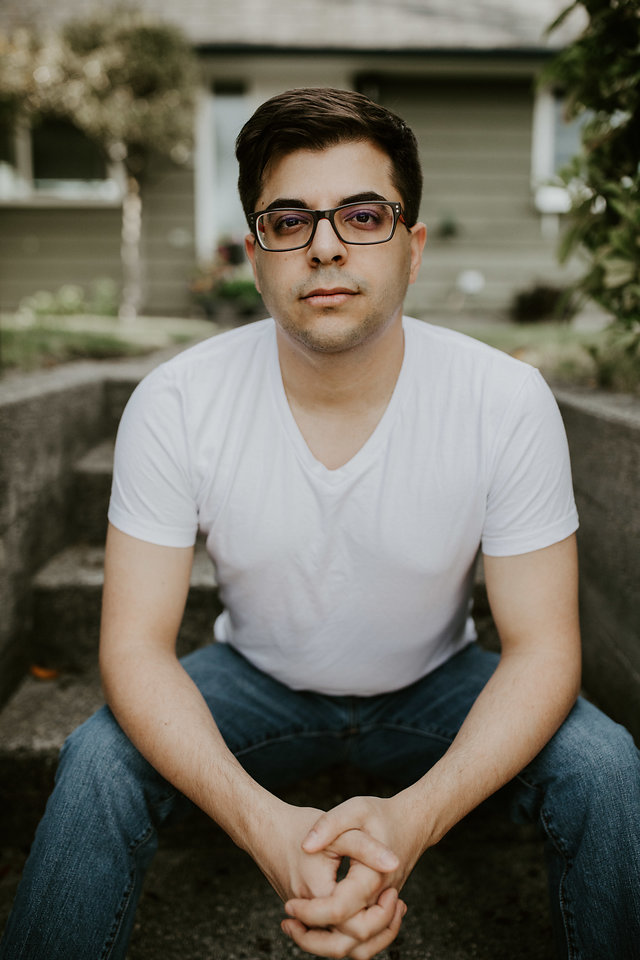 Architect, programmmer and sysadmin with a passion for technology and programming. Not to mention a couple decades of experience.

Spending time with my daughter, programming (duh!), raspberry pi and video games. Mentoring - I've mentored a few programmers over the years and I really enjoy it. Frankly, the mentorship goes both ways. If you're interested in having a more experienced programmer mentor you, don't hesitate to reach out to me. I do it for free. :)

Sending Positive Vibes - Creator - I used barebones HTML, CSS and JS to create a simple PWA app where you can tap or click to send "positive vibes" to that part of the world (on a map). I used Openstreetmaps for the map source. I also used a geohashing library to maintain the data. As vibes are sent, the map is updated so you can see it.

TWiT - Senior (and only) Developer - I didn't build their flagship site (although I helped) but I did build an intricate internal system that managed their audio and video files, converted them to proper formats and automatically uploaded them to proper cloud services. Then a subsequent system that automatically notified the public (and updated the website) when new shows were available for consumption.

[Insert link to your closest Jaguar / Land Rover dealer here] - Yep. I was one of three architects on a deployment and management system for the apps that go into the head units on newer Jaguar / Land Rovers. This meant some time in Coventry too! The vehicles all communicate with a complicated back-end system that manages their OS versions as well as individual apps and their versions. Super cool.

Are you still reading?

If you want to know a lot more about my experience, keep going.

Note: Some of these positions overlapped when freelancing.

Their product line centers around managing an audiology department, clinic or office. Owners and audiologists can manage their patients, inventory and more.

This is a great company with great folks. They use targeted Facebook and Instagram ads to help you track down your lost pet! It felt great to work there every day.

These guys do a few things but, for the most part, they help to convert hard cover media into digital media. I helped them get a few features out the door in their ASP.NET platform and also to build out a few simpler sites for some of their clients who required something leaner. A lot of JS, CSS, HTML.

Real estate website, one of the largest in Canada, where I was able to help them build out new features in PHP, JS, CSS and HTML and also act as a sysadmin and devops guy. I also introduced a number of new processes to help streamline development and QA processes.

I was involved in some of the best projects I've ever worked on. I spent a few months as a senior developer on some smaller teams and then I moved up to a technical lead role where I managed up to a dozen people and a couple of ongoing projects. We mostly focused on Java, Node and PHP. We also did a bunch of Drupal. Towards the end (like, a year) I was a solutions architect working directly under the CTO.

They have several hospitality companies (and, therefore, websites) that I got to work. It ranged from doing front-end website adjustments to working on their back-end booking / scheduling system, connecting to their hotel machines and more.

For a short while I had the privilege of managing the premium PHP channel on Sitepoint. I would reach out to developers and help them to come up with lessons, videos and other material for the channel. My life changed and I had to make a shift so I stepped down from this role.

I was one of the senior developers working on a Symantec and Norton forum / community site. This was heavily Drupal based, a mixture of 6 & 7, with a big emphasis on a javascript front-end.

I did a number of smaller projects from a bit of javascript / html to some theming. Nothing too heavy but the projects required a bit of a senior hand.

In short, was an all-around computer engineer, as I helped them with everything from servers, networks and more to computers and advising them on any gadgets they needed or improvements to their computer systems that would help them become more efficient. However, my main focus was on web development with regards to their flagship site and a secondary site for their highest grossing show.

I was the lead developer on many of their client websites, helping them create new coding standards and managing their servers from time to time.

I helped them upgrade their server and network infrastructure across three different offices so all their offices could communicate with each other more efficiently, which saved time and money. This role ended up being a good mix of both hardware and software work.

Provided a lot of CSS, HTML and PHP coding skills to build smaller websites or enhance existing ones. Also did some work with mobile friendly sites or converting sites to a mobile friendly platform.

Paintball Gear Canada is one of the largest Paintball retail companies in Canada. It has a large retail and web presence. It began as a platform PHP e-commerce system that was eventually re-done so much to suit increasing demands that it is now a beast to maintain. However, it holds itself together quite well and is able to maintain traffic that results in millions of dollars in revenue each year.

I have a lot more experience, going back at least ten years, so please feel free to ask.

Full list of languages, systems or other things I know in order from strongest to not as strong.

I have a decent list of websites I've worked on so go ahead and ask me for more!

Thank you for taking the time to review my portfolio. I hope to hear from you soon.